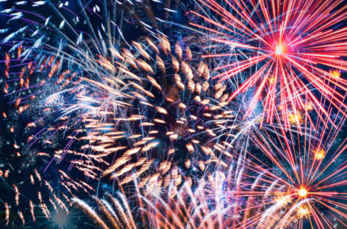 Summary: Girl on girl action with a festive setting.

I have always had a thing for my friend Renee. I remember the first time I met her, at a bar in the Lower East Side. We connected through mutual friends. At one point she was talking and I realized I hadn't heard anything she said because I was so transfixed by her beautiful mouth. She has these really pillowy full lips, which were glossy and pink. I felt a strong urge to kiss them, but that would have been inappropriate at the time.

We’ve found ourselves in the same place at the same time a lot over the past few years, because of our mutual friends and our similar taste in hangout spots. I got to know her and realized she was really funny and smart, and slowly my view of her shifted from purely sexual passion towards a desired friendship. We made plans a few times to hang out one on one, always PG rated but fulfilling in other ways. A bond was formed and since I’d never made a move, I figured I had positioned myself in the friend-zone. I wasn’t even sure if she liked women anyways, although I did get a certain vibe from time to time. I always brushed it off as wishful thinking on my part.

We attended the same private party for NYE. It was an upscale soiree, and we were both dressed to impress, with some skin showing in teasing but not overly exposing ways. What I saw of her body gave me butterflies, and I swear I saw her eyes widen in awe when she watched me walk into the room. Some mixing and mingling and a couple of glasses of champagne later, we found ourselves curled up on a couch, ignoring everyone else around us. I was looking again at those gorgeous full lips of hers. Just as I was revisiting the idea of kissing them, we both turned towards a commotion in the room. A tipsy drunk guy was shouting numbers out, and I soon realized he was doing the countdown to midnight. Time was on my side, and I excitedly turned back to Renee and asked, as casually as I could manage, if she would be my new years kiss. She didn’t respond, and instead placed her hand on the back of my neck and pulled me into her. Fireworks went off, I swear it! Absolutely a kiss worth waiting for. But Renee apparently wasn’t satisfied, and neither was I…so when her other hand slipped between my thighs, I was so ready for where this was heading.

It was too early in the night to ditch our friends and go home together, so we found an unoccupied bedroom and made ourselves very comfortable. Clothes flung all over the room, stilettos kicked off….several years of sexual tension (on my end, at least) culminated into a sexually charged exchange of pawing, kissing and licking in all the places we’d been keeping from each other.

When I went down on her I took my time, savoring her sweet scent and juices all over my lips and tongue. At her request, I slid two fingers inside and stroked her g spot slowly in a circular motion, as she clenched around my fingers and moaned heavily. When I could tell she was ready to climax, I gently suctioned my lips around her clit and made long slow strokes with my tongue to increase her arousal. With several more long, deep moans she released hard, and I instantly moved my tongue from her clit down into her slit so I could lick up all of her warm cum. Afterwards I straddled her face so she could return the favor.

I have no idea how long we were enjoying each other. Time seems to stop when I'm in engaged in passionate sex. Whenever we finally reemerged...slightly disheveled and with knowing smiles, we rejoined our friends and continued to celebrate.

Today she texted me only to say “so good” with a kiss emoji. I have no idea where things go from here but I’m glad I finally have an answer to my burning question: Yes, Renee is also into women, and more importantly…she’s into me. :)

Signup to receive news and special promotions directly in your email.